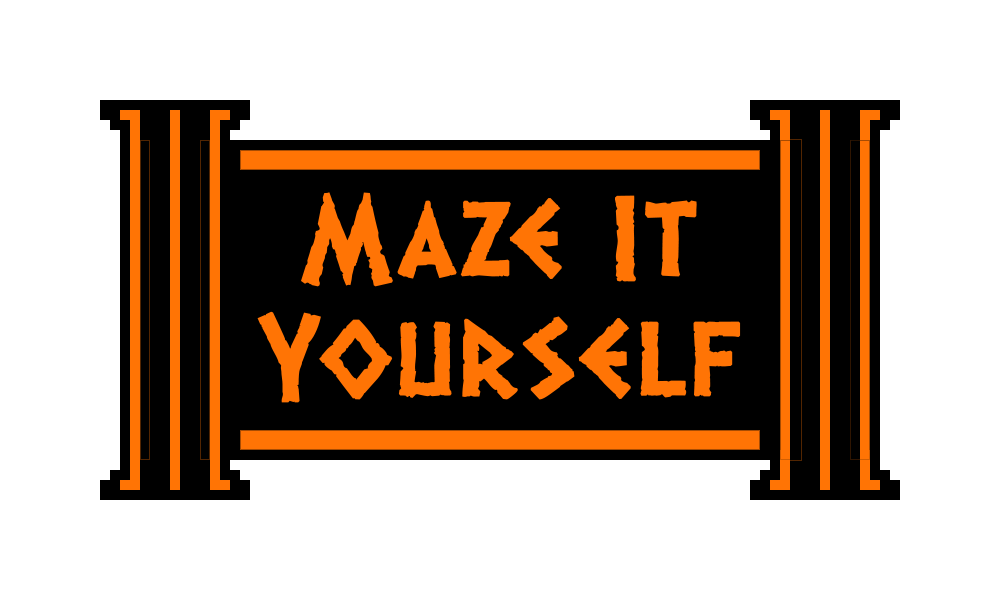 Maze it Yourself is a 2D video game for Android. It's a competitive asymetric dungeon crawling in which 2 players compete against each other. One player is Theseus and try to find its way out of the maze while the other, Daedalus, is building the maze and spawn monsters to kill Theseus.
This project was carried out in two weeks using Godot Engine to develop the game.

Single player gameplay, Maze It Yourself

Theseus, who entered the maze and slayed the Minotaur is a well known greek myth. We choose to re-imagine this myth for our game. Daedalus, who built the the maze is seeking revenge against Theseus for escaping his first maze. Therefore he is going to build an even bigger maze , with more monsters and trap the hero inside ! We choose the greek mythology as our main theme as it would enable us to build on existing lore and incorporate common monsters in the game without needing to develop art specifically for our game. 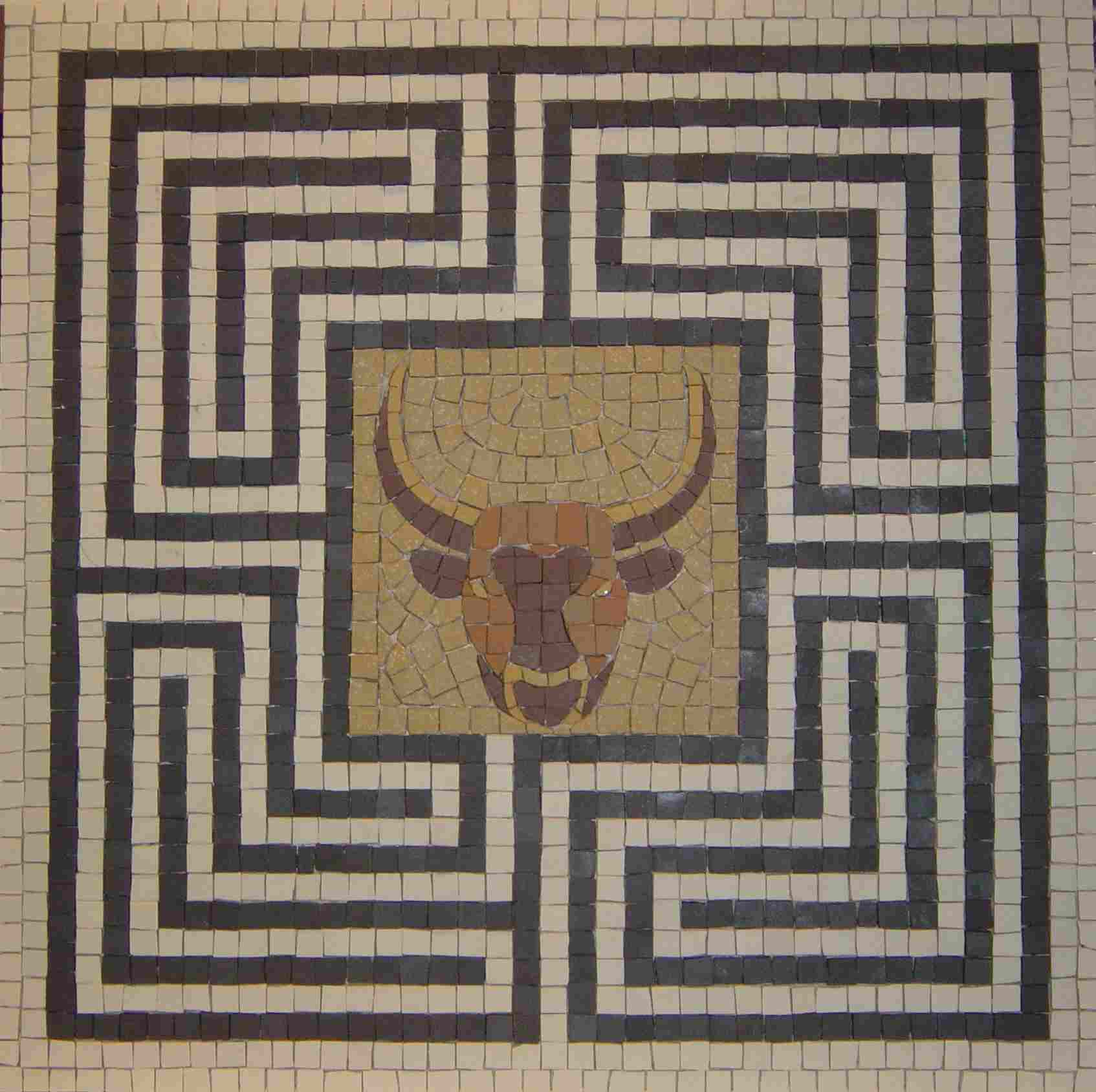 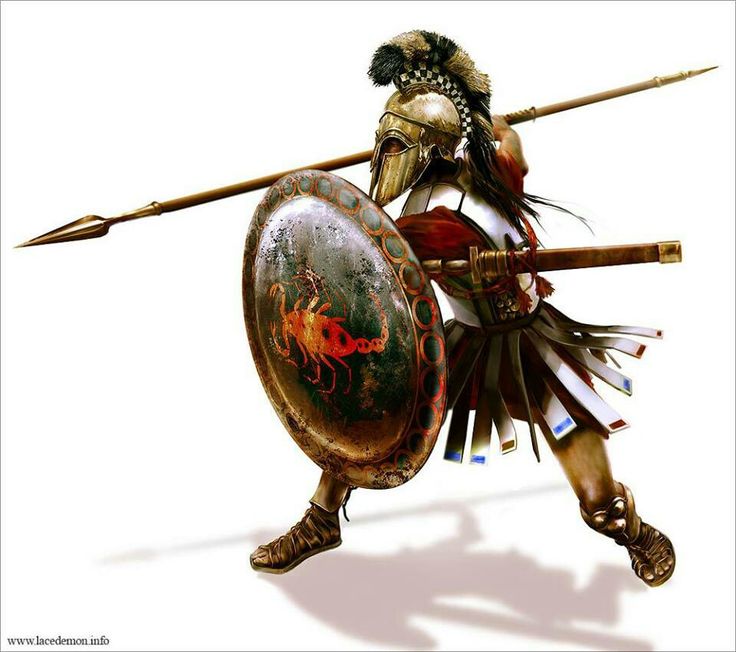 Some pictures used in the early conceptualization phase

In term of aesthetics, we chose a simple cartoonish aesthetic for the main character. It would make it simpler for the player to read the character moves on a smartphone screen.
The monster were less cartoonish but the contrast reinforced the threatening aspect of the monsters.
We drew inspiration from greek fresco and greek buildings to design the rooms of the maze. Therefore, we chose a distinct blue and white to remind people of traditional greek houses, such as on Santorini island. 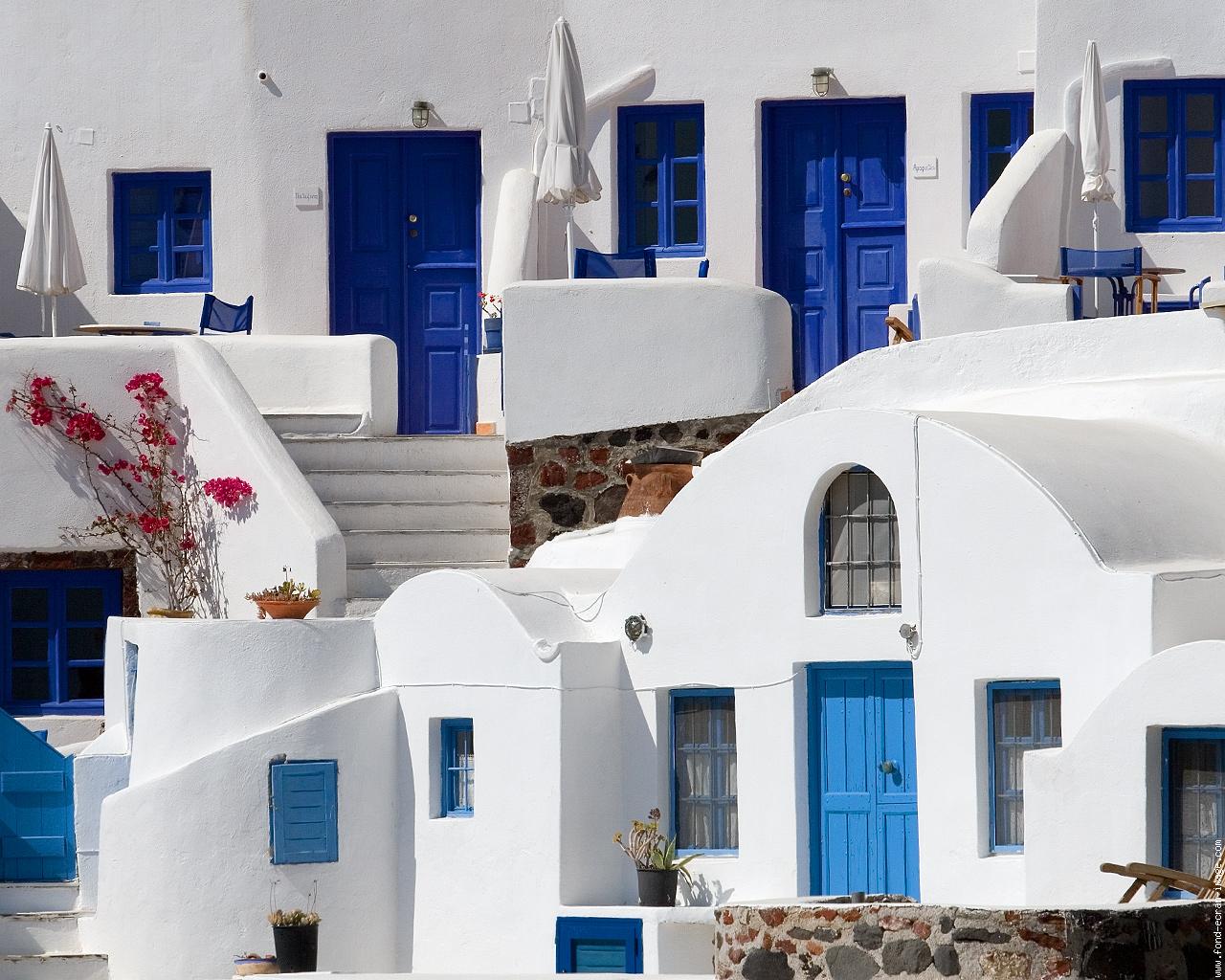 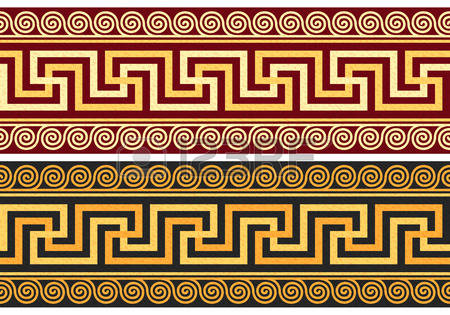 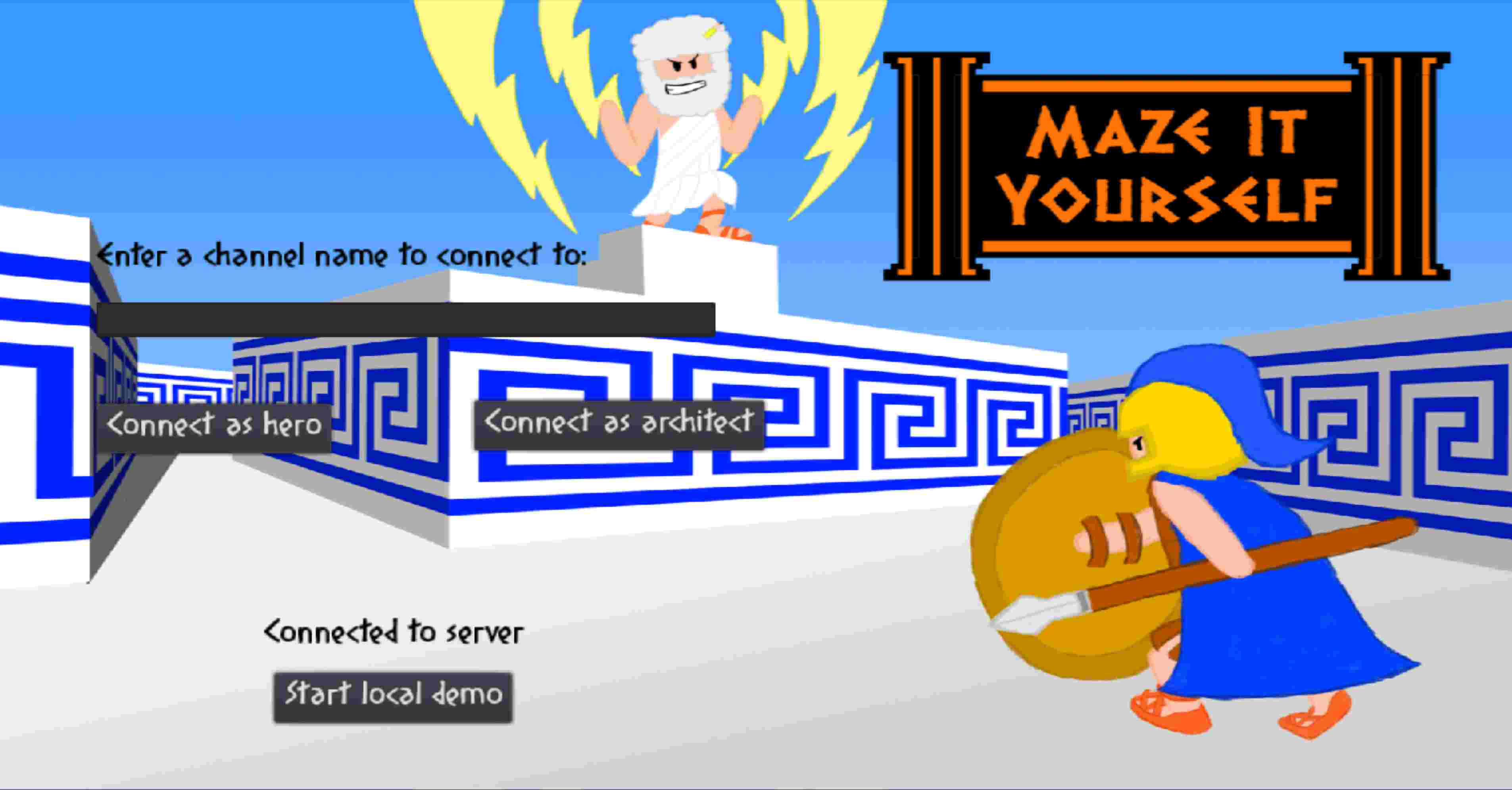 The idea was to hybrid two different gamplay styles. On one hand construction and management simulation with one player controlling Daedalus and chosing among different rooms to build and monsters to spawn. The building would require managing different ressources, such as gold or stone slowly increasing, depending on which type of room the player would chose to build.
We also thougth about a balancing mechanic where Daedalus could build a treasure room to get more resources but would allow Theseus to get better equipment but didn't have time to implement it.
On the other hand, Theseus is played as a classic 2D isometric dungeon crawler. Going from room to room and defeating monsters along the way, Theseus would move on defined tiles just as the monsters. The monster would move together with a specific rythm while the player would be free to move as fast as allowed.
These tiled and rythmic moves were inspired by "Crypt of the Necrodancer".
The goal of Theseus in both mods is to find the boss room and defeat the Minotaur without dying. If the hero is killed then Daedalus wins. 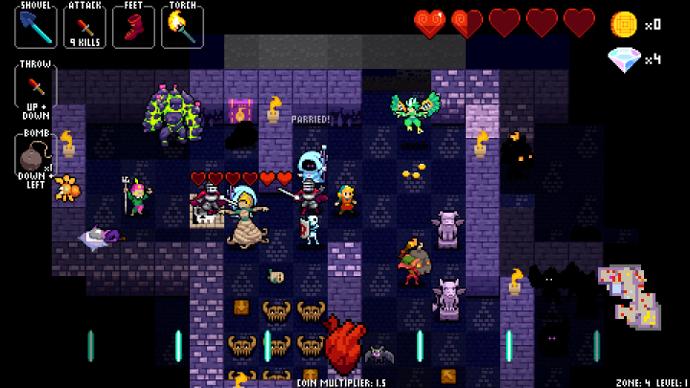 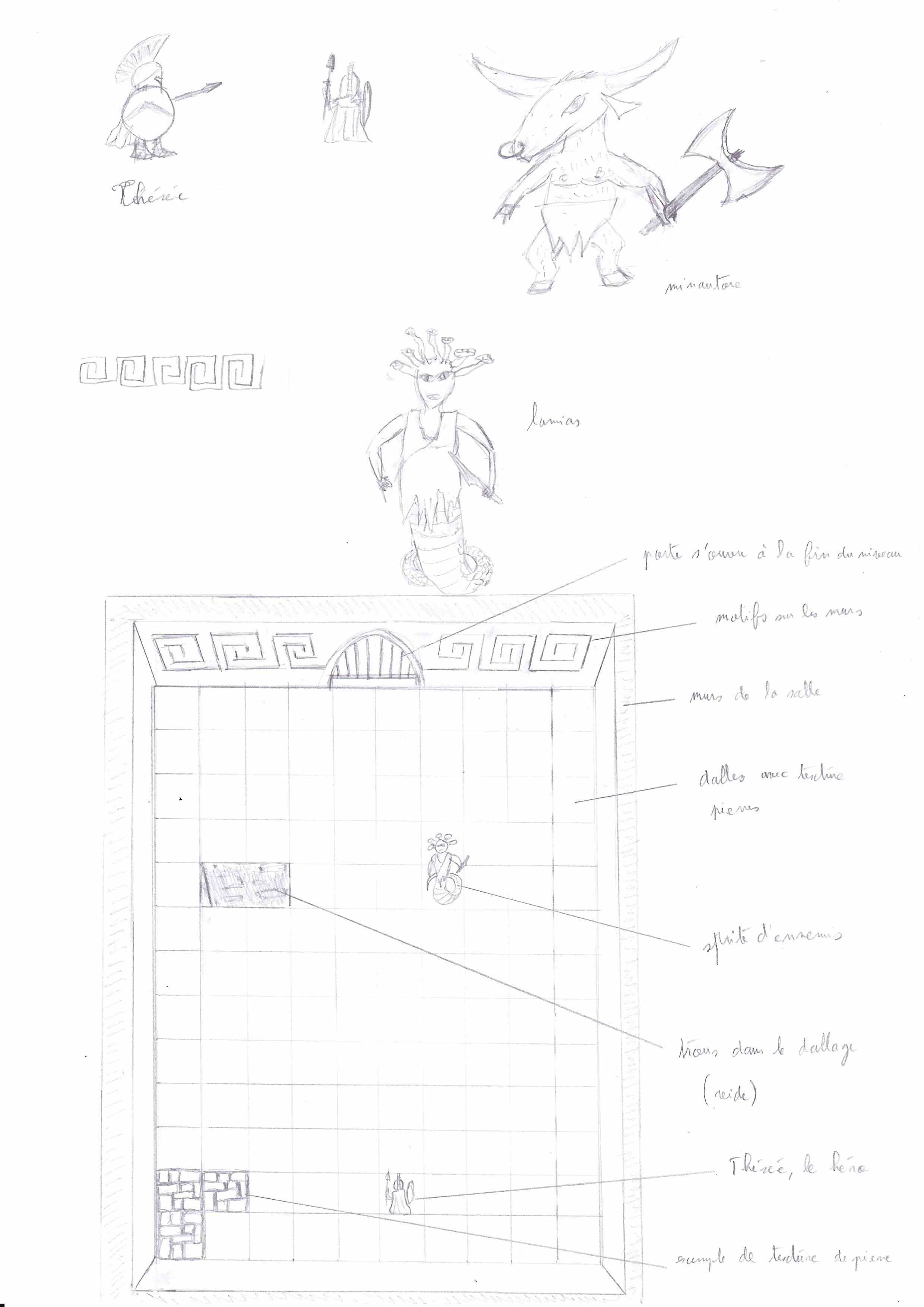 One of the challenge we faced was coming up with an efficient way to control the character. We tested using swipe gestures but it was difficult to be reactive with lots of enemies. Therefore we used classic arrows but we tried to different layout. One cross like layout and one split layout where up/down and left/rigth arrows were placed on the rigth and left side of the screen respectively. After some tests, it turned out that split arrows controls were more efficient to move but required more training while cross like layout was very intuitive but a bit less efficient as the arrows keys were packed at the same location.
We choose to stick with the cross layout, more easy to pick up for players.

We developped two modes for the game : a solo mode where a dungeon is generated automatically by connecting doors of a set of pre-built rooms together in some random orders and a multiplayer mode where player join the same lobby through a password on a server and fight as Daedalus vs Theseus. In the second mode, Daedalus chooses which door to connect and which enemies to spawn.
As the rooms were pre-built, we were only passing the doors connections and the monters list of each room from one player to the other through the server. 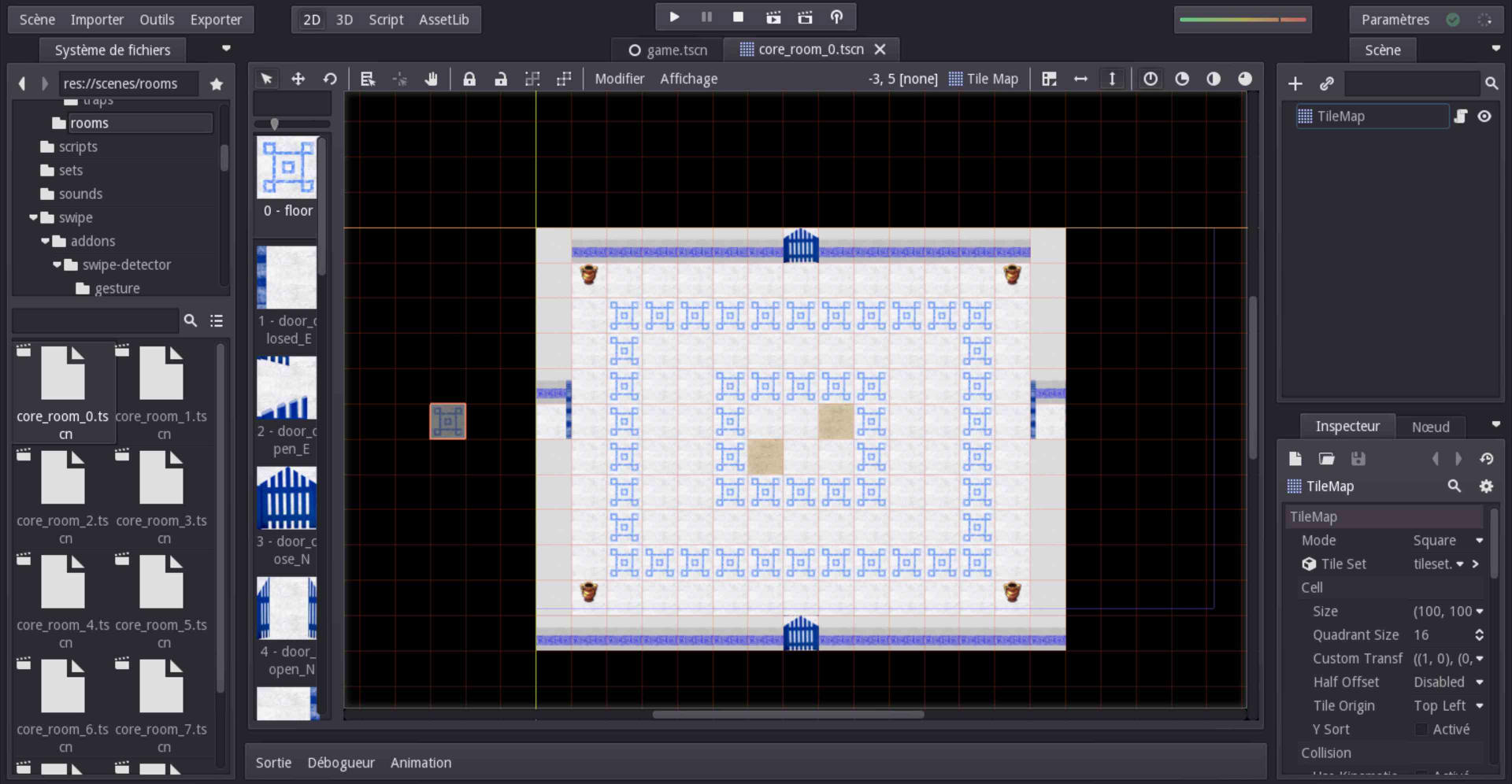 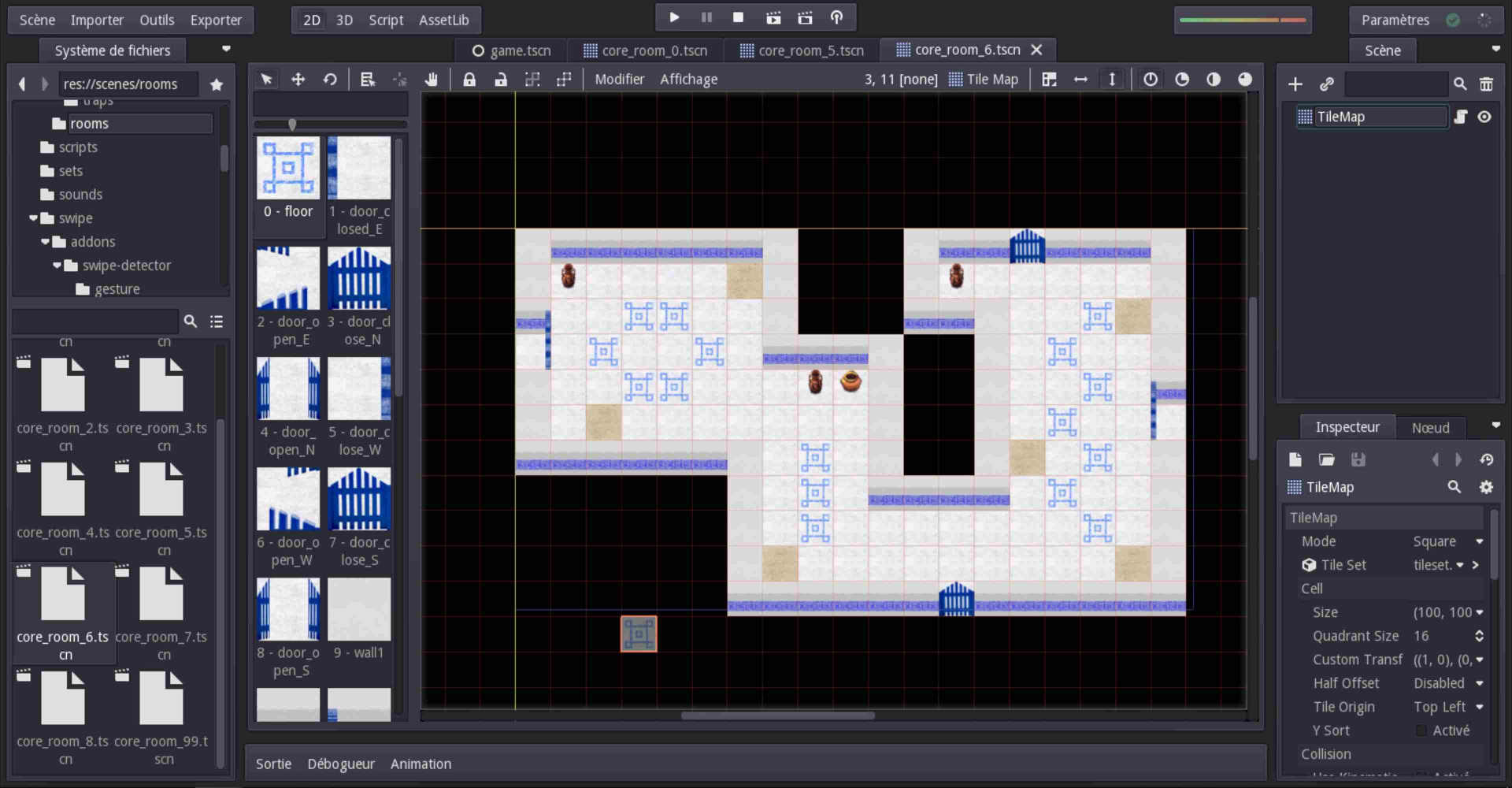 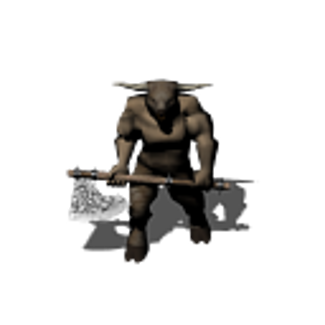 The loot system proved trickier to implement than we first thought. In fact, the idea was to equip the new item as soon as the player walks on it, but drop the previous item only once the player moves away from the tile. Yet, because of the way movements were implemented, it requiered carefull handling of situations where Theseus was bumping into a wall while standing on a item spot, for example, to make sure the item wasn't dropped yet as theseus didn't left the tile.

For the door system, we explored the possibility to get non symetrical door connections but didn't implement it as it would have proved to confusing for the player.

We showcased our game at the presentation event of our graduate school (Telecom-Paristech) in june 2017 and the game was well received.
It was quite an intense experience, to build a game in two weeks with four people who had never developped a game before. We still managed to get a nice result and our project was awarded with a top grade !
But seeing people enjoy the game was the real reward.